Sort by
The Green Policy discussed at the 2021 Collaboration meeting was voted and approved by the core-team meeting on January 21, 2022. It outlines a set of guidelines which the GRAND Collaboration promotes and commits to follow to the best of its capabilities.
An annual GRAND collaboration meeting was held in December 2021 at LPNHE in Paris, gathering ~60 GRAND member to discuss the advancements of the past year.

Large-scale physics and astrophysics experiments gather a large fraction of the scientific staff and absorb a significant volume of the science budget. As such, it seems essential to assess their environmental impact. Researchers Clarisse Aujoux, Kumiko Kotera and Odile Blanchard led a pioneering study on the Carbon footprint of the GRAND Project. 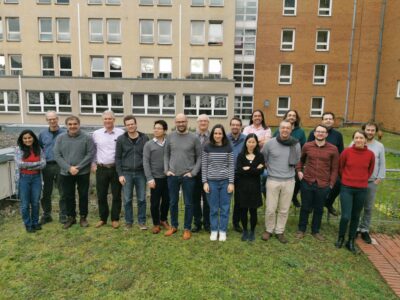 A successful annual GRAND Collaboration Meeting was held at the Karlsruhe Insititute of Technology on february 2020. 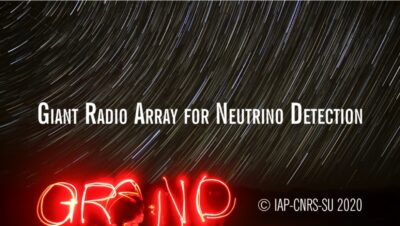 The Road to the Neutrino, the 17-minute documentary on GRANDProto300 by Jean Mouette is out! 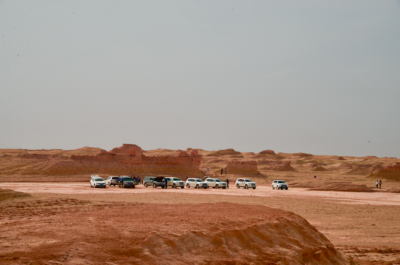 The GRAND Collaboration Meeting gathered more than 40 researchers from April 24-27, 2019 in Dunhuang, China.

Our current focus is on the GRANDProto300 Phase. GRANDProto300 is a step towards the completion of GRAND. Already at this stage it will enable cosmic-ray studies at the "transition region", between 1016-18.5 eV. Click here to learn more about this standalone pathfinder! 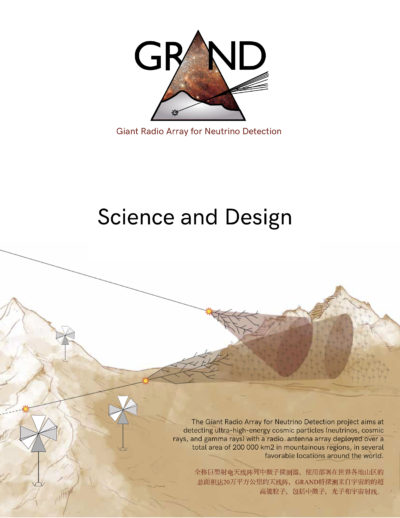 The GRAND white paper is now on arXiv. It describes GRAND's science goals, design, and construction plans, which are already ongoing. 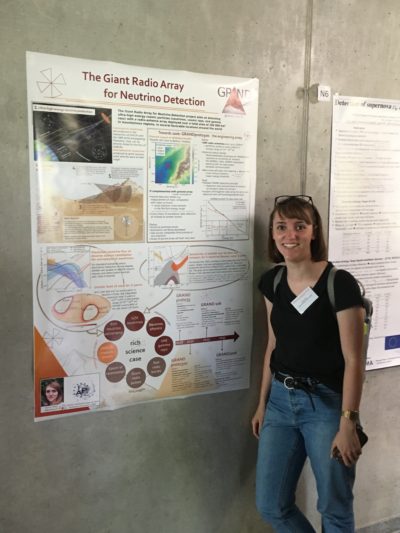 Anne Zilles (IAP), one of the pillars of the GRAND End-to-End simulation pipeline, presented a poster for GRAND at the Astroparticle Physics in Germany meeting, in Mainz, Germany. 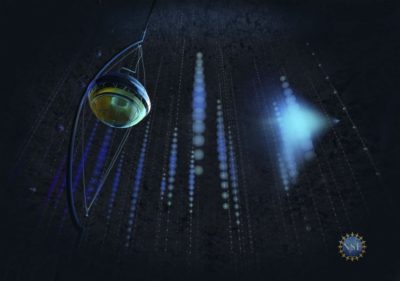 The coincident detection of the high-energy event (IC-170922A) on September 22, 2017 opens a new era of multi-messenger astronomy that include extremely high-energy neutrinos.